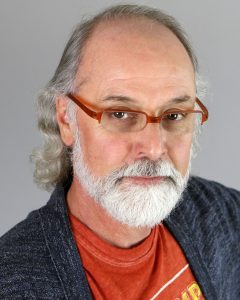 I like to ask a lot of questions of actors. Sometimes I know the obvious answer, but I find students learn more by figuring something out than being told. And sometimes there is more than one answer. I try to adjust my approach to the particular needs of the actor, because acting is art, and good art is subjective, unique to each artist.

My perspective on training for the Industry:
I believe training is essential for any artist, but I like to think of training as way of opening the door for artists to discover their own, individual approach. Training should be a process which prepares actors in ways that do not box them in, but free them to make discoveries when the preparation meets opportunity.

Tony Sears is a Los Angeles based film and television actor.  Born in South Carolina, he studied Theater at Furman University and The University of Georgia.  He began his professional career at the Hilton Head Island Playhouse, first as an actor, then as Associate Artistic Director.

Tony spent ten years working on the other side of the camera, mainly as an Art Department Coordinator, including three seasons assisting Emmy Award winning Production Designer Richard James on the series Star Trek: Voyager.  He later appeared in episodes of Voyager, playing the borg drone Four of Twelve and a dying Starfleet Officer.

Tony has guest starred on many television shows, including Nashville, Army Wives, Alias, and Buffy the Vampire Slayer. He was most recently seen on the big screen in the Marvel film Black Panther.

Tony has directed many stage productions on both coasts, as well as several short films and a documentary, The Queen of Sunset Boulevard.  As a writer, he has written several screenplays and is currently working on his first novel.
For more visit: www.imdb.com